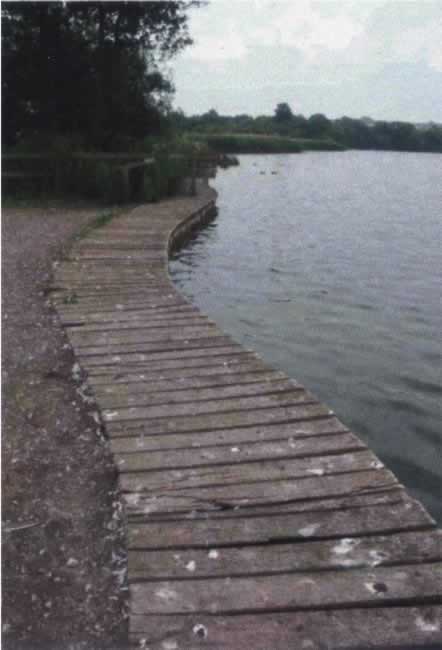 The existing oak jetty had to be replaced every 3 or 4 years due to its deterioration in the harsh enviroment created by the lakes. This created on going costs for mainenance and replacement as well as some health & safety issues. Due to budget concerns an alternative sustainable product was sought. A range of products were looked and a decision was made to explore the use of Hanit® 100% Post Consumer Recycled Plastic Decking System for this particular problem.

Cosmeston Lakes contacted JACS (UK) limited and received a site visit from the company where samples of the proposed decking solution using a Hanit® 100% Post Consumer Recycled Plastic were demonstrated and left for closer scrutiny. It was decided that the Hanit® decking met the criteria and was duly ordered.

The Hanit® Recycled Decking System supplied by JACS was found to be a cost effective solution to an ongoing maintenance problem. It met all the design criteria and surpassed all the expectations of the parties concerned. It was also noted that even when wet the decking retains a non-slip surface which is a distinct advantage over Oak as well as the obvious maintenance issues caused by rotting wood. By using the 100% Post Consumer Recycled Plastic as an alternative to Oak this helped the Vale of Glamorgan Council meet their sustainability criteria.

“It has provided an aesthetically pleasing result using modern materials in a Site Of Special Interest (S.S.S.I) and could be a blueprint for further recycled decking systems in the area” Mr Pickering also went on to say “the response from the public using the lakes has been very positive about the new material and we have had interest from othe Welsh authorities who would like to use it for other improvement schemes”. 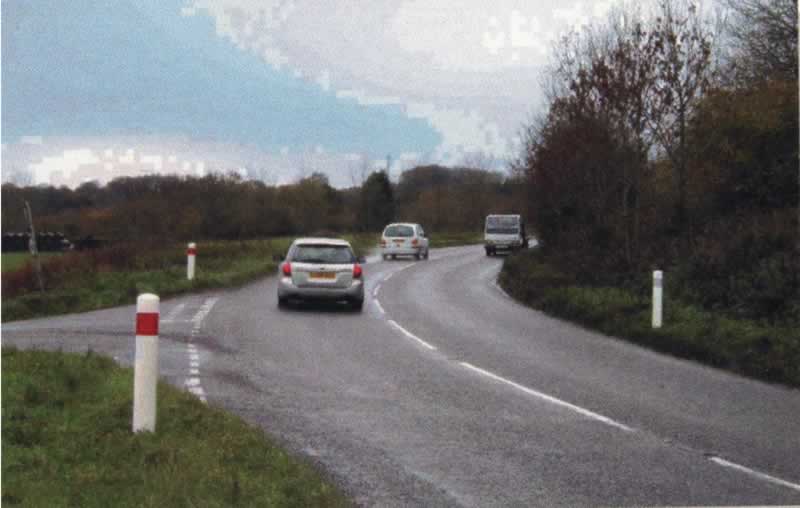 Following a collision where a single vehicle lost control Wiltshire County Council carried out a safety review on a section of the A350. It was found that over a period of three years there has been 3 collisions between vehicles here. Following a more in depth investigation by highway engineers exsting records showed that a stretch of the A350 including this location had 28 casualties and 18 collisions. Having identified this stretch of road as a potential hazard WIltshire Engineers were tasked with interrogating the avaliable data to try to identify a route cause and formulate a treatable solution.

Having identified the bends and junctions as the hazard Highway Engineers designed a scheme to improve the prominence of this stretch of A350. The usual traffic signing provided by Wiltshire County Council’s term contractor in addition to junction marker bollards was specified to highlight 5 junctions along this stretch of the A350 route.

Verge maintenance was identified as a potenial problem so reboundable “Gladiator” bollards were specified allowing vehicles and grass cutting machinery to hit the junction markers which had the ability to be flexible and recover back to their original position. Therefore keeping a visual marker in place, it has been identified that recoverable signage has become more important over the last few years. 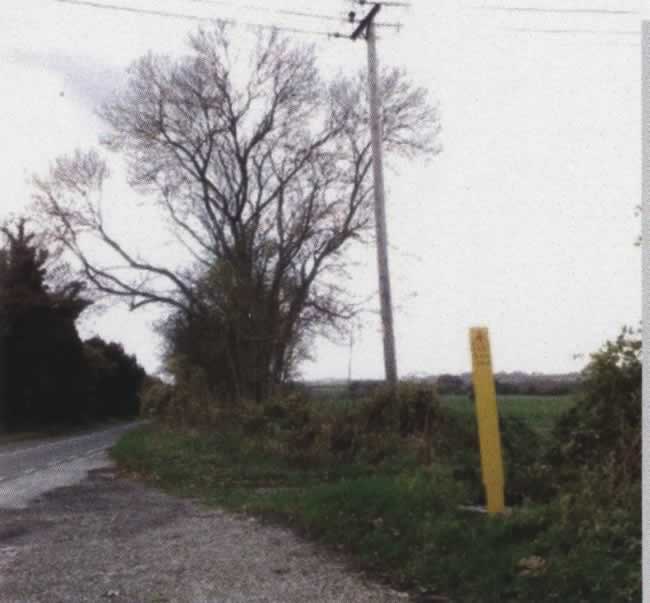 It is well documented that on the UK road network overhead service cables provide an ongoing health & safety issue for contractors working on the highway. Procedures for minimising the risk when working in the vicinity of overhead power lines are in place, but managing the network at night or in poor visibility such as driving rain, snow & fog in the event of a major accident, can be very challenging. As a result of concerns about the promixity of power lines above the A38 trunk road in Cornwall. EnterpriseMouchel contracted JACS (UK) Ltd to ask for help in seeking a solution for highlighting the existence of the overhead service cables.

JACS (UK) Limited and EnterpriseMouchel (Area 1) actioned an intensive group discusssion in order to generate creative ideas and to stimulate a problem-solving solution. The concept of the JACS Overhead Hazard Post (OHP) was born. Manufactured from a recycled plastic laminate it has information etched though the yellow surface to reveal the black centre material. The base dimensions allow the OHP to fit inside standard marker post sockets found on the highway network.

The JACS OHP is a cost effective solution to an ongoing health & safety issue. It meets all the design criteria & has surpassed all the parties concerned. It was also evident that etching infomation into the surface of the post it has a distinct advantage over the more traditional self adhesive vinyls which can peel off or fade as a result of the weather, passing traffic detritus & UV light.

“The JACS Overhead Hazard Post provides a simple but effective solution for marking overhead cables on the A38 in Cornwall. As it offers excellent durability and ease of mainenance I feel sure we’ll using the JCS OHP for many years to come.” 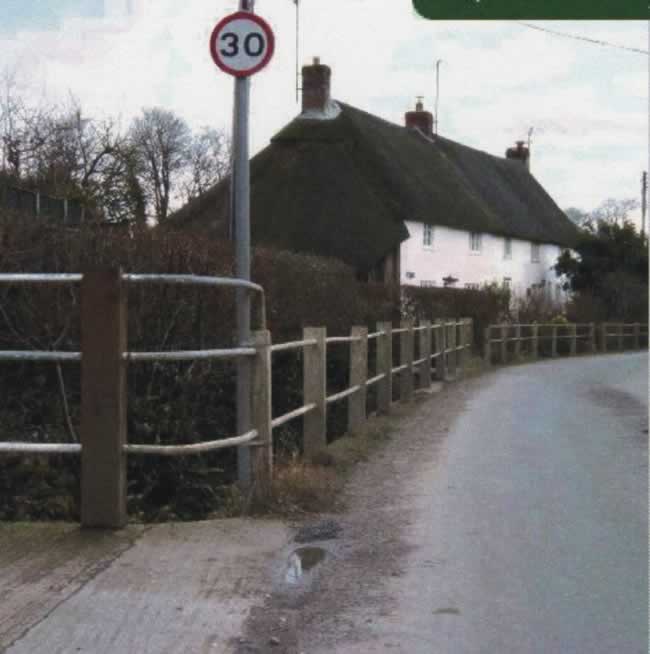 The existing pedestrian barrier looked tatty and was costly to maintain. Painting had to be carried out every two years just to keep the fence looking visually acceptable.

Being a major part of the village scene, the railings were detracted from the visual character of the village and making Alton Pancras looking unattractive. The fence was frequently being damaged by agriculture and heavy goods vehicles. This was costly to repair and produced a piecemeal patchwork appearance which visually looked a mess and also presented a highways safety issue.

Dorset County Council contacted JACS UK Ltd and received a site visit from the company. They produced a mock up of a proposed handrail solution using a 100% Post Consumer Recycled Plastic fencing system. This was demonstrated to the local Parish Council and West Dorset Council Planners (due to it being in an Area of Outstanding Natural Beauty).

Using the 100% Post Consumer Recycled Plastic posts as an alternative to concrete or metal helped both the county and the district authority meet their Sustainability Criteria. It also was received favourably by the residents of Alton Pancras as a positive contribution towards using recycled products in the area.

The recycled plastic fence system complete with the unique socket system allowed Dorset County Council to facilitate a cost effective and quick solution to a long term maintenance problem. The Parish Trust who contributed towards the scheme, were very happy with the outcome and the speed at which the work was completed.

“JACS recycled fence system was found to be a cost effective solution to an ongoing maintenance problem. It met all the design criteria and surpassed all the expectations of the parties concerned. It has provided an aesthetically pleasing result using modern materials in an Area of Outstanding Natural Beauty and could be a blueprint for further recycled fence systems in the Dorset area” Mr Cheleda also went on to say: “we have had very positive feedback from both the general public and Parish Council within Alton Pancras for this improvement scheme”. 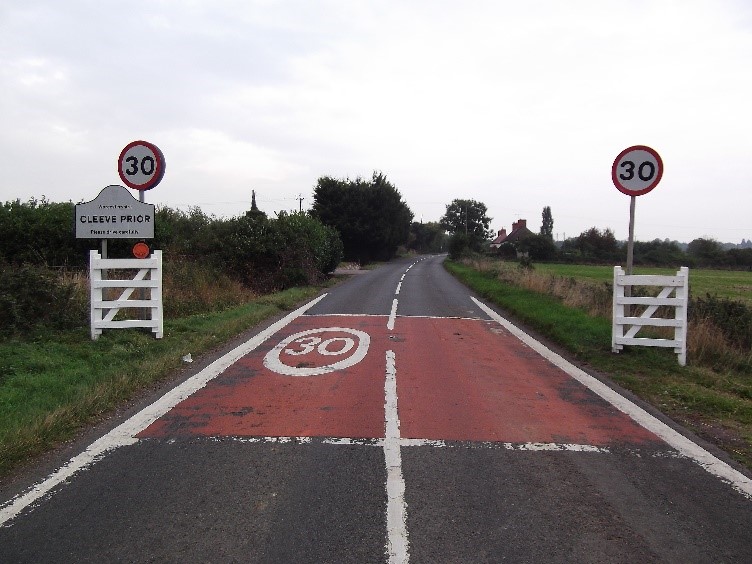 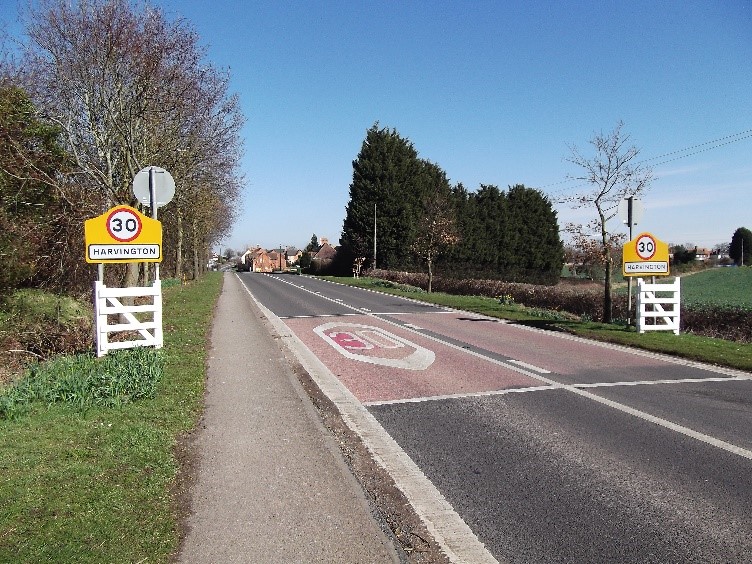 In Worcestershire speeding on the highway is one of the concerns brought to our attention by some local communities, while speeding nationally was also recognised by the Government which in part resulted in the Department for Transport (DfT) requiring all local highway authorities, including Worcestershire County Council, to assess the speed limits on all their A and B-class roads.

In response to the directive from the DfT speed mitigating measures were considered in some areas, and some of these measures included the provision of gateways at the entrance of some settlements. Gates were also specified in some areas where local communities expressed concerns about speeding. Where these concerns were found to be evidence-based after detailed investigations, gates were installed with Parish Councils making a financial contribution towards the purchase costs, which not only empowered Parish Councils to address local concerns at a local level, but also demonstrated partnership working.

Gateways were specified as one form of speed mitigating measure because they not only give the impression of a road narrowing, but the siting of gates close to the edge of a road provides a visual deterrent to excess speeds. Gates also have the added benefit of enhancing the environment, particularly in rural locations, while also highlighting further the presence of a settlement which aids local identity and community cohesiveness.

JACS (UK) Ltd were appointed as the supplier of these gates because the products were durable and virtually maintenance-free, while the manufacturing process allowed for flexibility design and dimensions which meant they could be tailor-made to Worcestershire County Council’s specifications, while also making potential repairs to any damage easier and more cost effective too.

The reaction towards these gates has been extremely positive, particularly from local communities, while their presence is attracting more interest, not only from others within Worcestershire, but from outside the County too.

Importantly, where the surveys have been undertaken, these gates have also been shown to reduce vehicle speeds by 4-5 mph, which could help save lives in the event of an accident.